Apparently my isekai recommendations are video-game and track suit based. 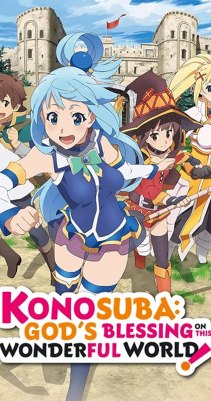 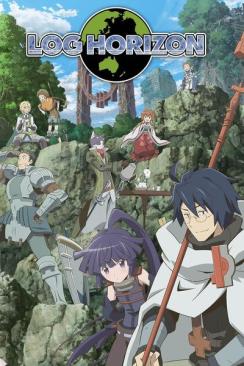 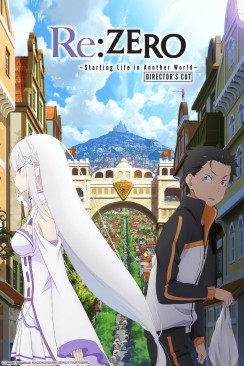 I am a big isekai fan-boy. I have written many articles in regards to isekai. If I had to guess I would say at least 40% to 50% of what I review or think about is isekai anime. Of course I can stray into the random rom-com or comedic elements of an anime. For the most part my interests in anime remain adventure and isekai focused.

I haven’t seen everything so if I missed your favorite isekai just let me know in the comments. Runners up to my 5 isekai recommendations are Cautious Hero, The Rising of the Shield Hero, and Saga of Tanya the Evil. While I enjoy each of these for a variety of reasons, they either lacked the content of other series or I just haven’t felt the urge to bump them into my top 5 list.

So let’s take the plunge!

I love Konosuba for its comedic take in the isekai library. Konosuba follows the adventures of the young Kazuma who died of a heart attack trying to save some girl that was going to be hit by a tractor. He is mocked and ridiculed for having a lame death by a Goddess whose job it is to send people who have died too young on earth to other worlds. He is allowed to take one thing with him to help him in a new adventure, so he chooses the Goddess who mocks him to aid him in his adventure. The following ensuing adventures are hilarious to watch as Kazuma assembles a group of oddballs to defeat the Demon Lord.

I love dark fantasy and dark worlds. Ainz Ooal Gown leads a small but very capable group of undead towards world domination. Ainz Ooal Gown, known also as his gamer tag Momonga, is the last member of a guild from a dying MMORPG. The game, instead of booting him off the server as expected at the shutdown of the game, suddenly morphs into reality. Ainz finds himself leading the NPCs of Nazarik, his guild hall, that now have personality and free will previously not allowed them in the game’s original design state. Will Ainz be able to lead the legacy of the guild Ainz Ooal Gown to world domination or will he fall short?

Yet another game world converted into an isekai, Log Horizon begins when Shiroe logs into Elder Tales never to be able to leave the game again. The players who now find themselves as adventurers in the game can’t die, instead they respawn on death as anticipated in a game world setting. This anime goes in a different direction than other video game isekai as it goes in depth to explain world mechanics and adventurer’s like Shiroe begin to manipulate the game’s design and rules towards their own benefit. Shiroe transcends the original game state in their quest to be able to return to their normal lives.

If you don’t know this anime, you might have been living under a rock. By far one of the largest and most successful isekai series/ video game genres this show takes you on an adventure with Kirito as he tries to escape the death video game. If you die in this game, you die in real life. Kirito makes friends along the way and even finds love in a world that is constantly trying to kill him. While SAO is polarizing, I find myself in the camp that loves it. Yes there are flaws in the story telling but the overall story is a compelling and fun watch.

This is my absolute pinnacle of isekai. I love the world, the intrigue, and the depth of the characters in it. Subaru finds himself leaving a convenience store when suddenly he finds himself transported into a new world. He assumes he has some special power or great strength that will aid him in this world. This ability doesn’t manifest itself initially, but it’s less of a power and more of a curse. Subaru can restart at any point he dies. This is overpowered in some regards but also carries with it steep penalties. Subaru will suffer at the hands of this curse as he learns to navigate this world.

And that is it for my recommendations!

5 thoughts on “My Top 5 Isekai Recommendations”