Help! I must be a masochist for watching the same thing over and over again. It’s been 7 episodes and counting. 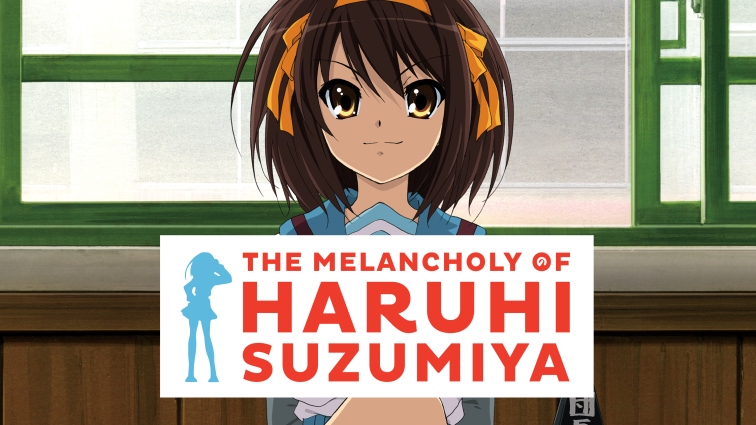 I like time-travel. I like repeating the same events in a slightly different order. It’s why I like shows such as Steins;Gate and Re:Zero. But I have to be crazy or hate my life to keep watching the same episode from The Melancholy of Haruhi Suzumiya. I find myself enjoying it despite it driving me nuts. I want to insert myself into the situation and make it stop. Maybe that is the point, to make me rethink the situation and how the characters can get out of it. It leads to a high level of engagement and therefore engagement. In short I love it, but hate how long this is dragged out.

For context Haruhi has created a time loop of the same two week period of summer for the last 595 years and counting, to the point of current viewing. The characters relive the same two weeks’ activities thousands upon thousands of times. They go to the pool, a bon festival, do fireworks, go fishing, catch cicadas, and do other fun summer activities that young people do.

At least in Stein;Gate the protagonist is able to make progress going forward. While we do repeat some things, we at least get to a save point and move the story on. The same principle applies in Re:Zero, the protagonist is able to get us to the next point. However in the Melancholy of Haruhi Suzumiya, I get none of the satisfaction of progression.

Watching the characters do the same actions over and over again bothers me. At what point do the characters get desperate to change the situation? As a viewer I want them so desperately to try and do anything. The characters have enough information to change the situation they are in, but aren’t or are refusing to do so. Given the context of Haruhi Suzumiya is a god, there is a certain amount of we need to please her to keep the world going. For me that only goes so far, at some point I would just want anything else. Gods be damned.

Of course it’s easy to say from the outside, when you have had to watch from the sidelines. For those stuck in the time loop I am sure there might be disbelief or hesitation. Given the nature of those in the show, they are not going to directly confront Haruhi. After all they are members of her brigade and more or less want to keep her happy to prevent her from destroying the current universe.