The mysteries around Roswaal and his manor thicken. 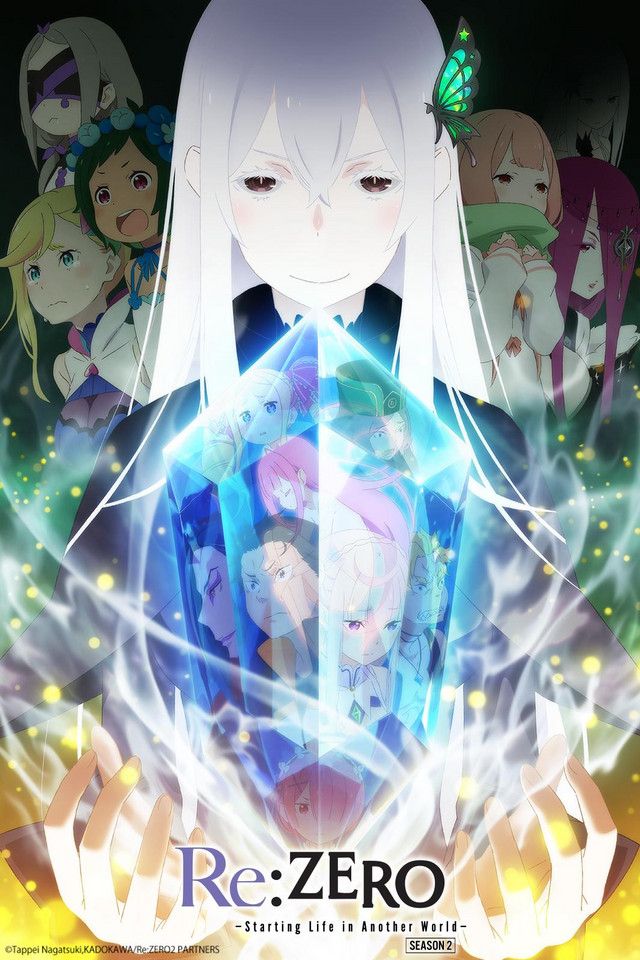 This episode was well done in building the mystery that now surrounds Roswaal’s disappearance. Questions that I hadn’t thought of until now during the battle between Subaru and the Sin Archbishop of Sloth are now coming to my mind. Where was Beatrice during the battle? What are her  interests? Where was Roswaal? I don’t strictly remember why Roswaal wasn’t at the manor during the battle, why he wasn’t at any subsequent battles, and I know for a brief moment that Ram did confront Subaru about trespassing with an army on Roswaal territory. But when Subaru and Emilia return to Roswaal’s manor after the battle with Sloth there is no sign of Roswaal or Ram anywhere.

Instead we are greeted by a Roswaal maid, Frederica Baumann, who was on leave during Subaru’s initial stay at the manor. This just brings up more intrigue as Emilia seems familiar with her and accepts her as a friend of the manor. Frederica is a demi-human with shark like teeth, who seems well-versed in noble courtesy and culture. In fact her teeth trigger a fear reaction from Subaru. He is immediately corrected by Emilia, who grabs his ear and twists it. Remember Emilia is campaigning for equal treatment of humans and demi-humans. What’s even more curious is that a letter of instruction was left for Frederica by Roswaal for the return of Subaru and Emilia.

After inquiring about the contents of the letter Frederica informs Subaru and Emilia that Roswaal is in the sanctuary and that if they are going to visit him she will need two days to prepare a trip for them. It seems like the natural course of action for both Subaru and Emilia who seem to be in the dark as to whatever plans Roswaal has. If Subaru is in the dark, then so are we as the viewer.

During the two day wait, to which we don’t know the details as to why Subaru needs to wait two days, Subaru goes to Beatrice. He wants to know what Roswaal is thinking and what his plans are. He was told by Frederica that if anyone knows what Roswaal might be thinking it would be Ram, who is absent, or Beatrice. They have an interesting dialogue where Beatrice drops several hints about why she didn’t do anything during the battle with the Sin Archbishop of Sloth. She felt like she was fine and could have protected herself. Again she is only contracted with defending the hidden library she guards within the manor. She seems irate to learn that “Geuse” has been defeated and killed. I am assuming that is short for Betelguese, now renamed Petelgeuse in the second season. Subaru continues to blindly prod Beatrice for information but she isn’t having any of it. In the final moments of the visit she says that she isn’t a tool for Subaru’s convenience and she removes him from the library.

At the very end of the episode the crystal glows that is meant to take them to the sanctuary, causing a scene with Subaru and Emilia. Subaru takes it off Emilia at the very last moment. In that last moment he is transported elsewhere, presumably the sanctuary. This is where we meet the Witch of Greed for the first time. From her words she says that no one has come to visit her in what appears to be ages.