I finished it, finally. 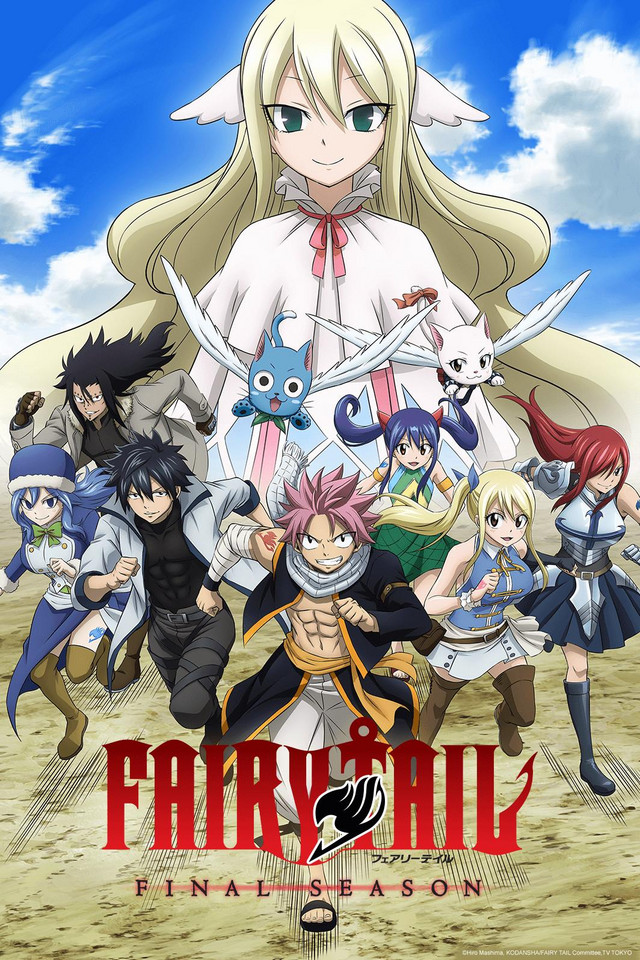 I don’t usually get into forever anime series. What I mean by that is an anime that drags on for more than 100 episodes I consider a forever series. I have made exceptions over the years, most notably Hunter x Hunter (that has been by far one of my favorite forever series). Fairy Tail is also what I consider to be a forever series. Only on strong recommendations from a personal friend I took the dive into the series. Overall I find that Fairy Tail struggles on many fronts, its final season is no exception. While I do love the characters, the personalities, and the overall charm of the series there is too much to be ignored in terms of how the story was wrapped up.

My favorite arc of the Fairy Tale series was the Grand Magic Games arc, to include the battle against Dark Rogue. I enjoyed the introduction of new guilds and their top mages. I enjoyed the overall wonder and excitement I felt during the games. The games had drama moments for several of the characters that I found interesting and worthwhile exploring. It left me wanting more Fairy Tail.

The final season of Fairy Tail has struggled to deliver on the same hype and experience as the Grand Magic Games. The last 30 or more (honestly I lost count) episodes were just a Grand Battle Royal and there was no time to slow down or digest the events as they occurred. It’s the same feeling I got when I was a kid and would drink out of the hose while someone left the hose on full blast. It honestly became too much. The battlefield became unbelievable and the show seemed to have to include everyone we ever met in this battle. Including everyone isn’t necessarily a bad thing, I quite enjoyed the other mages from all over the continent, but there was too much to track for the overall battle. The magnitude and scale of the battle became quickly out of control.

The war jumped from one crisis to the next. And I didn’t necessarily believe that Fairy Tail could overcome every obstacle and win each battle. My immersion was lost at some point where I felt that even with my disbelief suspended, I didn’t believe what happened. The war with Zeref was one thing, but the moment that really went over the top is when Acnologia went berserk right after the war with Zeref. I felt that a weakened and exhausted Fairy Tail would in no way shape or form be able to win against him. There were plenty of deus ex machina moments that shattered my suspension of disbelief.

While I enjoyed several of the moments, such as the lifting of Zeref’s and Mavis’s curse, overall I felt like the final season was a Fairy Tail overload that could have been split up into a more believable story, even by Fairy Tail standards. The final season mirrors some of the other storytelling arcs where characters or situations seem to be molded to fit after a story has already been crafted. Overall I would give Fairy Tail my recommendation to any who wanted to watch it, but be prepared for some things that don’t make narrative sense. And yes I am reading the manga for the 100 years quest, wondering if that will be able to escape traditional Fairy Tail narrative.